Use of cookies on this web site: Greylands Guest House collects no personally identifiable data in cookies. However, a number of social media and search engine companies place tracking cookies without our consent or co-operation. If you wish to avoid tracking, please read our cookies policy, where you will find links to resources that will help you set your browser accordingly.
Greylands Guesthouse Cookies Policy

Use of Cookies on this Web Site
Greylands Guesthouse site uses only one cookie. It is a session cookie, which is deleted at the end of your browser session. It holds no personally identifiable data relating to our site visitors, other than the broad geographical location. This serves to ensure the site delivers the correct information in terms of local contacts, currency and taxes.

No personal data is ever held in a cookie on our web site.

However, a number of social media sites and search engines use practically every web site for tracking cookies and so called Interest Based Advertising. They do this without our consent or co-operation. While we make strenuous efforts to prevent them from doing this, their evolution is such that they can generate new ones faster than we can block the old ones.

We strongly recommend that if you do not want every moment of your web browsing catalogued and analysed, you should use the controls available in your browser to prevent tracking and to block third party cookies.

To get more information and help on how to use these blocking tools, here are some links:
privacy.net
Privacy Badger
Disconnect
AdBlock Plus
Firefox Tracking Blocker Instructions
Firefox Cookie Manager
Ghostery Tracking Blocker for Chrome
Managing Cookies in Chrome
Tracking Blocker Advice for Vivaldi

image goes here
&ltb&gtBackground</b>&ltbr /&gtLlandrindod Wells is Wales' most central town. Known locally as "Llandod" it was developed as a spa town in the 19th century, and then benefited from a further boom in the late 20th century as a centre of local government.&ltbr />&ltbr /&gtThe "healing qualities" of the local spring waters attracted visitors to the area during the mid 18th century. As a result the town enjoyed an economic boom and a number of hotels were built. During the "season" between May and mid-September, visitors to Llandrindod would take the waters at the pump rooms at the Rock Park and Pump House Hotel entertained by orchestras, and in its heyday the resort enjoyed a vast array of activities ranging from golf to horse racing! It is estimated that at its peak, the town attracted some 900,000 visitors a year.&ltbr />&ltbr /&gtMost of the towns architecture dates from the boom periods of the Victorian and Edwardian eras when ornate hotels and shops were built including the Albert Hall theatre. There are also buildings in the Art Deco style including two striking former garages. Notably, Tom Norton's Automobile Palace has a beautifully preserved curved frontage. In the early 20th century it was possible to go there and buy an aeroplane over the counter before flying it home with only the most cursory instructions in the field behind. This magnificent building is now home to a number of businesses and the National Cycle Collection.&ltbr />&ltbr /&gtThe two World Wars of the 20th century saw visitors of a very different kind descending on Llandrindod, when soldiers on training courses were billeted in hotels and boarding houses. Also refugees and wounded soldiers were accommodated in the town.&ltbr />&ltbr /&gtDuring the 1970s the mid wales area became popular with hippies and those seeking out an alternative, artisan lifestyle. Many of these settled permanently in the region, and in Llandrindod one of the first whole food shops and cafes in Wales was established, and is still going strong today. Other settlers have created a wealth of craft industries around the town and there is a relaxed atmosphere conducive to creativity.&ltbr />&ltbr /&gtThe historic Rock Park in the town and its man-made lake remain popular places to visit. In the centre of this lake, used for fishing and model boating, is a striking sculpture of a water serpent and leaping carp. The scales for these sculptures are made of thousands of copper plates initialled by local people and visitors during construction of the work.&ltbr />&ltbr /&gtToday Llandrindod is a busy market town, holding an open-air market once a week on a Friday, and being in a central location is a thriving conference and business meeting destination. Indeed, following devolution in Wales, Llandrindod has developed a reputation for being the place where important decisions are made by political parties.&ltbr />&ltbr /&gtThe town boasts an international standard outdoor bowling green dating from 1912 which regularly hosts national and international events, along with a newer indoor bowling centre. Llandrindod hosts the Heart of Wales Walking Festival annually, the Victorian Festival at the end of August, and is a regular venue for the start/finish of many national car, bike and motor cycle rallies.&ltbr />&ltbr /&gtVisit Llandrindod Wells Farmers Market held in Middleton Street 9am-1pm on the last Thursday of the month for fresh local produce including meats, cheeses and artisan bread.&ltbr />&ltbr /&gtIf you are looking for a comfortable, friendly place to stay with good access to the Llandrindod Wells area, Greylands Guest House in Llandrdindod Wells offers a convenient local base with single, double, twin or family rooms, modern facilities and a quiet location.&ltbr />&ltbr /&gtGreylands Guest House offers plenty of room, a warm welcome, great breakfast, close to many activities and places of interest near or in Llandrindod WellsThere is plenty here to interest walkers, cyclists, bird watchers, motorcyclists, anglers, golfers and bowls players. The scenery and wildlife variety in the area is outstanding and there is plenty to do whatever the weather.&ltbr />&ltbr /&gtFor reservations call us on 01597 822253 or click in the header of any page to email llandrindod_wells@greylandsguesthouse.co.uk. 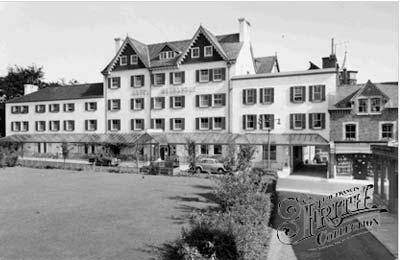